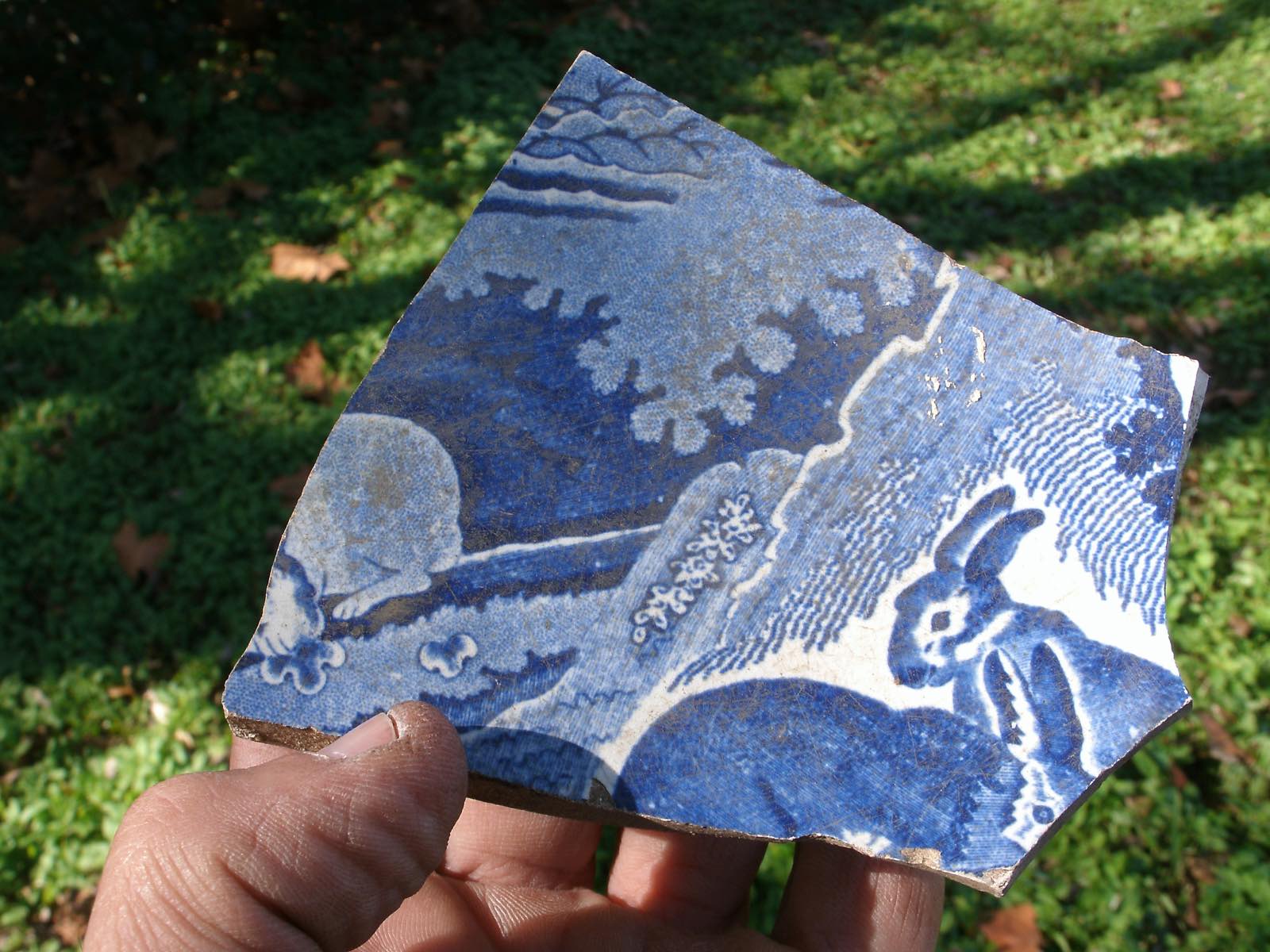 Rapid development in Florida can put cultural sites at risk. Emily Jane Murray would like to raise awareness of what could be lost.

She is public archaeology coordinator for the Florida Public Archaeology Network – Northeast Region.

My conversation with Murray is below:

Losing Florida: Could you tell me about your background and your tie to the state of Florida?

Murray: Well I was born and raised in Florida, which is kind of crazy. I did grow up here and have lived here basically my whole life. And I work in Florida too. As an archaeologist, Florida is my area of specialty.

Losing Florida: Based on your expertise, what are the major impacts of development on culture in Florida? And have you noticed significant changes over time?

If there’s anything that you’re specifically interested in and that you think is relevant to the topic of development and how development impacts Florida’s culture or cultural sites and history, you can touch on that as well.

Murray: I think development is changing. It’s changed in my lifetime because natural spaces are going away. People are getting squeezed out of the coastal spaces more and more. And this started happening generations before me, so it’s not like it’s anything new. It just seems like it’s sped up a lot.

So you see impacts on all of these things. We work a lot with the Gullah Geechee nation and some of their representatives, and they went to live on the barrier islands after emancipation because nobody had any use for that land, they couldn’t access it easily.

It wasn’t great for farming if you didn’t have enslaved people to do all the work for you. And then the second we start building bridges, that becomes prime real estate. So these folks have been squeezed off of the lands that they were, they never really had a lot of cases. They didn’t really have proper deeds. They just kind of ended up there because that’s where they ended up and it’s like, “Just go over there cause we don’t want to deal with you.”

There’s a lot of seafood in their diets, and they were out catching the food that they were eating.  And now with the changing environment, there aren’t as many crabs. I used to grow up crabbing. My family has property in South Carolina and we used to crab there. And over my lifetime there are just no crabs left. The last time we went, there were no crabs. Eventually we just gave up.

So in Jacksonville, they passed a law that you’re not allowed to fish in certain areas. Basically telling these poor, black people that they can’t go get food anymore.

Regarding the Gullah Geechee, it’s a very large group of descendant communities. It’s not necessarily just one, smaller group of people. Their homelands span from Jacksonville, Florida to Jacksonville, North Carolina.

But there are folks who get dispersed away from those specific homelands. So there are a lot of diaspora groups too. We work with a group, a woman, who’s in Nassau county. Up in Yulee, Florida, and they are descendants of the enslaved people who were brought to work rice fields and low country cotton, those kinds of areas.

She runs an organization called the Gullah Geechee nation. And their mission is to keep Gullah Geechee people connected to the land, to their homelands, to their property, you know, things like that.

Losing Florida: Wow, that’s incredible. It’s unfortunate to hear that a lot of these people are being displaced and basically cut off from the resources that have always been there for them, but it’s good to hear that there is a movement to spread awareness around it.

Murray: Yeah. I mean, I think it all compounds in a way. You get development on the coast and that gets compounded, you know, climate change and it makes some of those impacts worse, and then it all kind of trickles down. And yes people can move inland to the middle of the state where there’s not as much development there now, and it’s fine and it’ll all be great. But then it’s like, “Well, where are you going to move? Miami.” If you have to move, everybody in Miami, where are they going to go? Some people are going to eventually have to move to these inland places.

And so I think it’s going to end up affecting all of these different sites and different people as others kind of move and have to migrate. And I think there’s a lot more climate change effects that are also going to happen to inland places that we don’t really realize, especially because we live in Florida and it’s all about tourism or putting big condos on the beach – and that’s the big problem when there are other issues at play.

Losing Florida: For sure, especially with the tourism industry and just the high demand by residents, tourists, and the developers that want to make money and stay in business by accommodating the needs of people who want to live or stay here. And when I spoke with Emma Dietrich, she mentioned the issues with long-term residents versus short-term residents and the issues with that.

Murray: Yeah. She lives in Lincolnville, and you can just watch houses flip overnight.

I came to Flagler in 2007 and when I came, the gal who gave us the campus tour at orientation, was trying oh so politely to not say things, but to say other things, and was basically saying, “You can’t go to Lincolnville because that’s where the drugs are, and there’s black people there, and there’s crime there.” And I just thought ohhh man…

Losing Florida: Right. For my next question, I know that St. Augustine does have an archeological ordinance, which is really, really great for this area considering how historical it is.

But besides that being in place, are there resources that archeologists need or could use to make their lives easier to help implement better preservation of cultural sites and things of that matter?

Murray: Yeah. I mean, there’s like a certain point where if you gave us a million dollars, we could spend it in two seconds. If you gave us $10 million, if you gave us $10 billion, you know… There are so many sites that are threatened and so many things that are at risk. So any resources we can get are only going to help. It’s just such a huge issue.

And with archeology, especially, the only way to ultimately mitigate the impacts is to do full data recovery, to go in and do the excavations at the site. And that can be super time consuming and super expensive. And I think we have all realized, we can’t just do that with every site.

So trying to figure out ways to sample sites, or to get information from sites quickly, or how can we collect digital information versus boxes of stuff that you have to curate forever.

Thinking about culture, the Gullah Geechee or the Seminole Tribe that are so connected to the landscape, to be able to continue to have access to these places, to continue to teach about the resources and teach about the environment. And I think indigenous science and indigenous knowledge is really important because there’s so much that these stewards of the land know that we may think we know and can figure out as Western scientists, but really we have no idea, you know?

I think when we start seeing people get disconnected from the land – it’s going to happen more and more as they have to migrate due to climate change, further development, all of these issues.

Any resources we can spend in keeping people connected and keep that knowledge continued to be passed on and to be protected and moved on from generation to generation. And that even goes for other groups, right? The Minorcans here in town are not necessarily an impoverished group or a group that has these same kinds of social justice struggles, but they are very much a group that is connected to a certain landscape here that’s gone away.

And even if you have to leave the places to know what they were and what was happening there and what you can learn and what resources you could have used there, those kinds of things. They’re just really important. I think a lot of that’s going to get lost.

People are going to be very aware that it’s getting lost or they’re going to have no idea.

Losing Florida: Right. I think the biggest thing here is creating more awareness and pushing these things through to the public to help people realize what could be lost. And then hopefully, policy makers and developers can also appreciate and acknowledge those things on a greater level.

For this last question, looking forward to the future of development, mixed with everything going on with culture and trying to preserve things, would you want to see anything in particular happen with the preservation of culture?

I guess I just think about being able to collaborate with businesses and developers to try to protect these heritage sites and culture and just everything that’s at risk.

Murray: Yeah, I think just doing more outreach. It’s really important that we have a systemic change in a lot of ways.

My sister-in-law’s very big into climate education and all the ways that it connects with everybody. For example, intersectionality, you know, it’s not just having a better environment, but it’s related to social justice, it’s related to economic impacts, it’s related to job growth.

I think we need some systemic change, right? We need to have better laws in place, we need to get away from fossil fuels.

But not all is lost. It’s not like we’ve reached a point where it’s just all gone and there’s no coming back from it. I think that it’s really important to have hope and to have these movements to embrace that hope and have joy in some of this work, as we see sad things happening as a result of things being lost.

Losing Florida: Ideally, hopefully things would only get better moving forward versus worse.

Sadly, there’s this unintentional lack of awareness. It’s as simple as that, like how you mentioned, people are either going to have a lot of awareness of things going on, or they may not even realize anything.

Murray: Well it feels like such a big problem, too. People learn about things and then they just get overwhelmed and then they just think, “well, it doesn’t matter what I do,” or “I can’t live in that space and think about that because it’s too much.” It’s important for people to know that little things can be impactful.

I’m on a campaign to not buy things packaged in plastic – and it’s obnoxious – and I’m that person in my family now, but I’m helping! I’m helping.

Losing Florida: Yeah, absolutely. And that’s the thing, there has to be this collective idea that even though what you’re doing may not feel like a lot, if everybody is doing it, it actually does make a major difference.