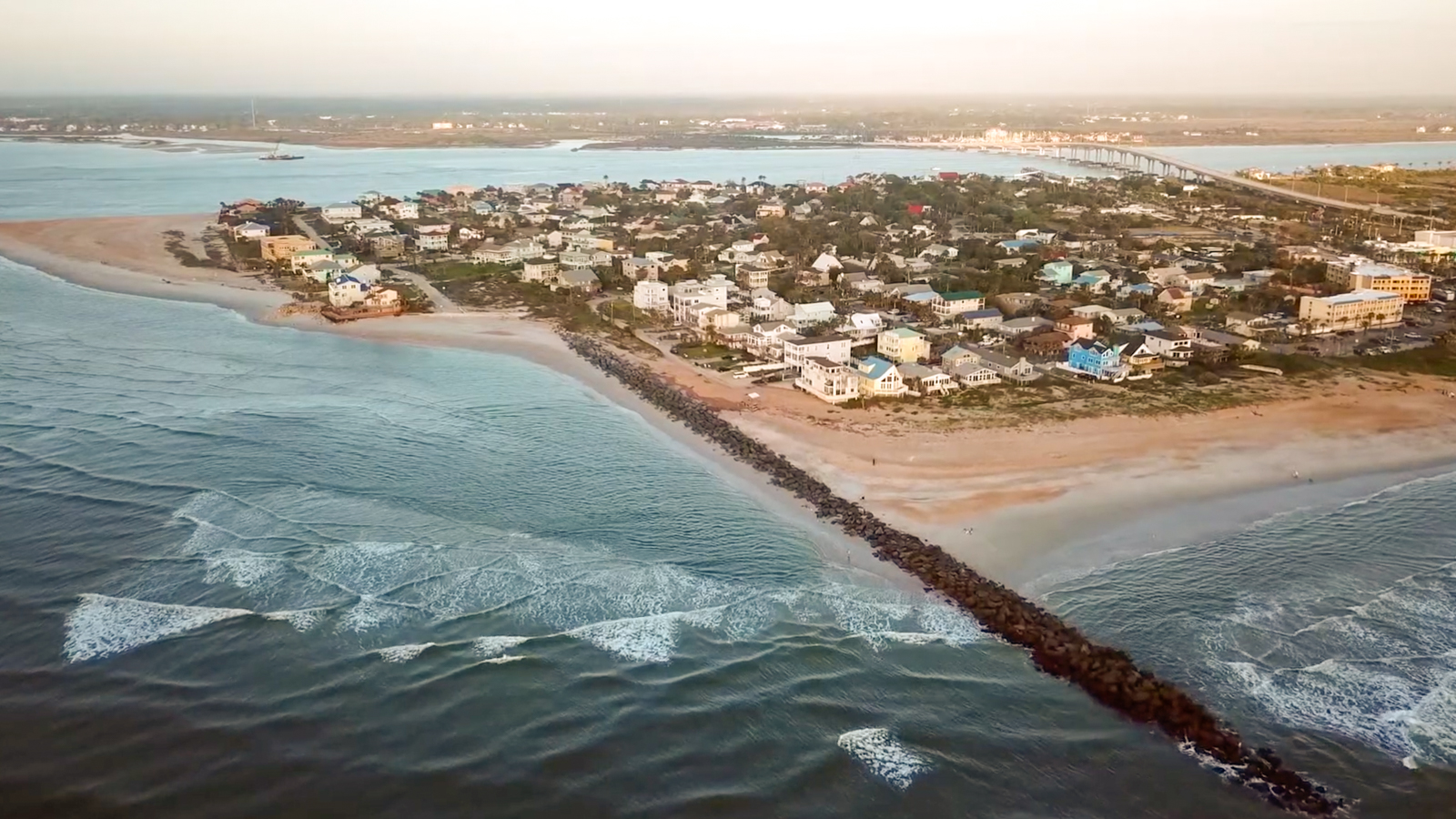 The Florida Legislature’s 60-day session was scheduled to end today, leaving the Safe Waterways Act stuck in a Senate committee.

Jen Lomberk supports the act because it would require the state to test all fresh, brackish and saltwater bodies for nasty things like fecal matter.

“We were trying to get the state to do testing for fecal bacteria at all public access points and then to post signs if the water quality exceeded the state’s threshold for safe recreation,” said Lomberk, executive director of the Matanzas Riverkeeper.

The riverkeeper is a nonprofit dedicated to making sure that Matanzas River and its watershed be clean and healthy.

“We were trying to get the state to do testing for fecal bacteria at all public access points and then to post signs if the water quality exceeded the state’s threshold for safe recreation,” Lomberk said.

“Unfortunately, every time we work on signage and notification issues, the response we always get is, well, we don’t want people to be afraid. We don’t want to hurt tourism…” Lomberk said. “There is some validity to that. But at the same time, wouldn’t you rather people know if a dangerous condition exists?”

The Matanzas and Calusa waterkeepers are members of the Waterkeeper Alliance, which touts itself as “the largest and fastest growing nonprofit solely focused on clean water.” The alliance has more than 300 members in 45 countries.

Lomberk has led the Matanzas Riverkeeper since 2017.

She graduated from the University of Florida’s Levin College of Law, where she studied environmental policy. After graduation, she worked as a staff attorney for a trust that acquired land to protect sea turtle nesting habitat.

She said LAMP’s funding used to be tied to the state Office of Environmental Services’ Florida Forever program, dedicated to acquiring conservation and recreational lands.

“When that pot of money dried up under the previous governor’s administration, the local program kind of petered out as well. So, we really didn’t have a targeted program for conservation land positioned in St. Johns County to offset the massive growth we’re seeing,” she said.

Lomberk said she is grateful that about a third of the Matanzas watershed is on conservation land and will not be developed.

However, the Matanzas watershed seems to be a low priority for the state, she said, and so environmental groups must be proactive.

“Unfortunately, with our current political administration that we have in place… you’re very defensive,” she said. “There is not a lot of offense happening in the world of water quality legislation.”

The Safe Waterways Act was filed on Oct. 22, then sent to the Senate’s Environmental and Natural Resources Committee.

The bill seeks to warn the public about water that may contain human or animal waste. Sources of such material include “include wastewater treatment plant effluent, leaking septic systems, stormwater runoff, sewage discharged or dumped from recreational boats, domestic animal and wildlife waste, improper land application of manure or sewage, and runoff from manure storage areas, pastures, rangelands, and feedlots,” a committee staff report said.

The measure would require the state Department of Health to post the following health advisory against swimming “in beach waters or public bathing places due to elevated levels of fecal coliform, Escherichia coli, or enterococci bacteria in the water:

THIS WATER BODY HAS BEEN VERIFIED BY THE FLORIDA DEPARTMENT OF HEALTH TO BE CONTAMINATED WITH FECAL BACTERIA. RESTORATION IN COMPLIANCE WITH STATE WATER QUALITY STANDARDS IS REQUIRED. THIS WATER BODY PRESENTS A RISK OF INFECTION OR ILLNESS. AVOID SWIMMING AND USE CAUTION TO AVOID INGESTING THE WATER OR EXPOSING OPEN WOUNDS. SECTION 514.023, FLORIDA STATUTES.

The committee voted 6-0 to approve the bill and move it to the Community Affairs Committee, but along the way, lawmakers weakened the measure, deleting the expanded definitions of “public bathing place” and “beach waters,” and eliminating the requirement cities and counties maintain health advisory signage “unless they own the affected beach waters and public bathing places.”

Lomberk said activists and nonprofits hoping to strengthen laws protecting the environment must take a grassroots approach, enlisting the support of ordinary people.

In some cases, it makes the most sense for local leaders to govern themselves rather than turn to state government, she said.

“There are certain things where it just makes sense for a city or county to do it because St. Johns County is not the same as Miami, so dealing with things is going to be very different…but in recent years, there has been a frankly bizarre trend of legislators taking power away for all different types of things,” she said.

“We’ve got a big single use plastic issue. Recycling has failed us. There’s just a massive volume of it. There’s more than we can dispose of, so local governments started to pass ordinances banning plastic bags,” she said.

But in 2008, Florida preempted the regulation of single use plastic. So when the city of Coral Gables created an ordinance in 2016, they ran into legal trouble.

In 2019, the Florida Retail Federation sued Coral Gables officials over their single use plastic regulations and won. This caused a domino effect and other local municipalities abandoned their own regulations.

“It has extended to things like whether or not your city can ban reef safe sunscreen or how vacation rentals are managed,” Lomberk said. “There are so many different areas where it is making it very difficult for local governments to function, frankly.”