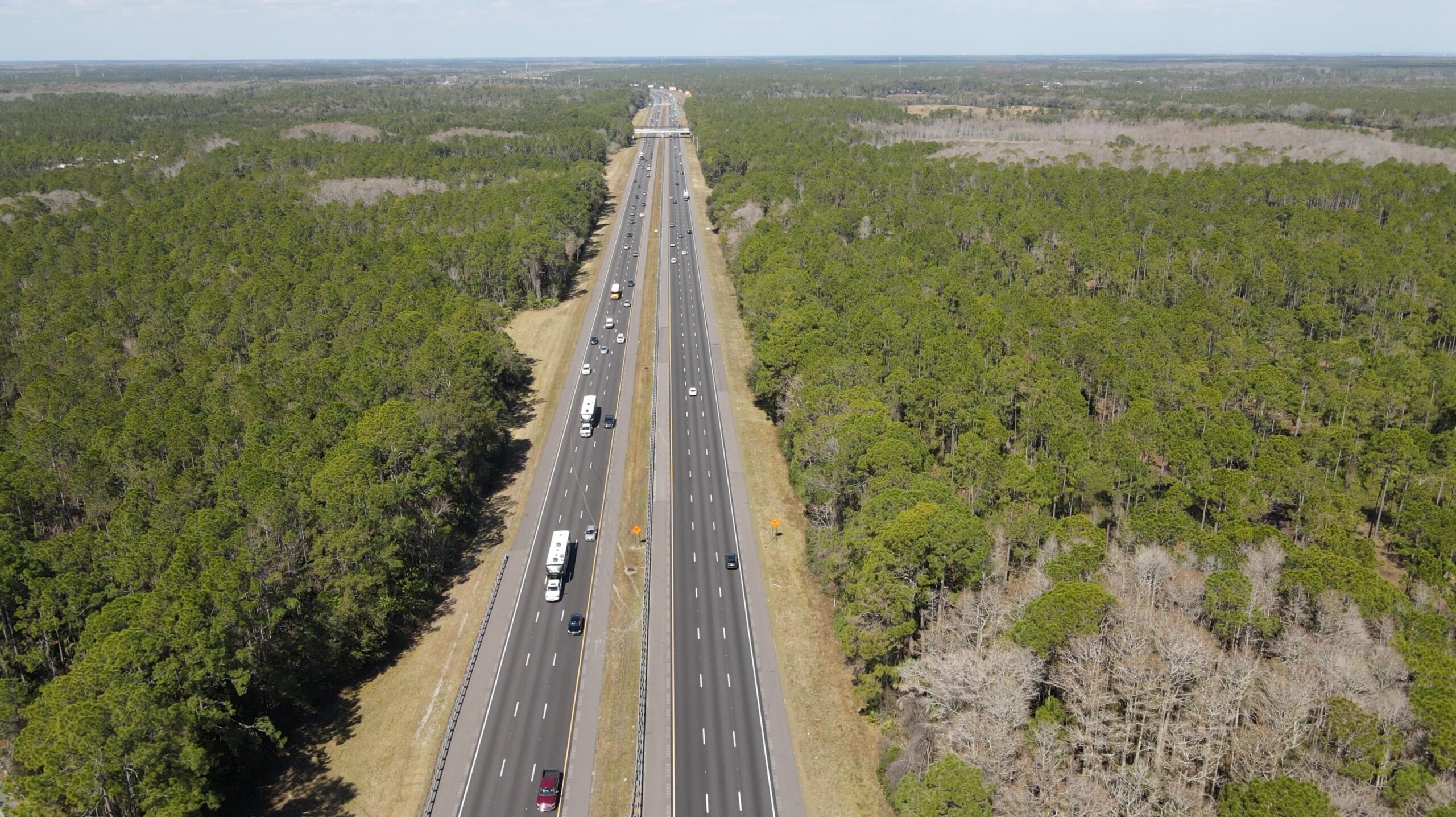 New York is a “tax hell,” Florida’s chief financial advisor Jimmy Patronis told Fox Business. That – along with the rising cost of living and high commuting costs – drives many people to leave.

A fifth of New Yorkers who moved to Florida in October 2020 said the pandemic influenced their decision, a 2021 United Van Lines survey said. Other New Yorkers wanted to retire in Florida, make a lifestyle change or be closer to family, the survey said.

“This new data from United Van Lines is indicative of COVID-19’s impact on domestic migration patterns, with 2021 bringing an acceleration of moves to smaller, midsized towns and cities,” said Michael A. Stoll, an economist who was quoted in a press release about the survey. “We’re seeing this not only occur because of Americans’ desire to leave high density areas due to risk of infection, but also due to the transformation of how we’re able to work, with more flexibility to work remote.”

The Florida Department of Highway Safety and Motor Vehicles reports that 33,500 New Yorkers stopped in for Florida driver’s licenses from September 2020 to March 2021. That works out to 159 New Yorkers per day.

New Yorkers began trickling into Florida in the 1800s, according to America’s Great Migrations Project at the University of Washington. By 1950, they were third in new arrivals behind Georgia and Alabama. New York were second to only Georgia in 1960. New York took over the top spot in 1970 and has never given it up.

A total of 601,611 people settled in Florida from the 49 other states in 2019, census figures show. Idaho, Wyoming and Montana were at the bottom of list, adding a total of 2,247 just residents. Not included in that number were 186,326 immigrants and 17,079 people from U.S. island territories, most of them from Puerto Rico.

Losing Florida contributor McKenna Moonan, a transplant from New York herself, wanted to know more about New York to Florida migration. She interviewed a fellow New Yorker to get her take on the state’s rapid growth. Their conversation is below:

Losing Florida: When did you move to Florida?

Carol D’Innocenzo: I moved in 1994 to Jupiter, Florida.

Losing Florida: What were the motivations behind your move?

D’Innocenzo: Well, in my case, my husband was from here and after we got married, we decided to settle down. It’s a pretty nice, no snow. I was never a, you know, winter sport person. So I didn’t ski. I didn’t do any of that stuff.

Losing Florida: And are there things that you miss about living in New York?

D’Innocenzo: Yes. I definitely miss my family, of course. The seasons. It’s a little different here where everything is just always hot. You know, there’s two or three days where it’s nice and cold where you feel you can actually put on a sweater. So the changing of the seasons, the colors, the different things like that, Wegman’s (the grocery store chain).

Losing Florida: How do you feel about the increasing population of Florida, obviously with just so many people wanting to move?

D’Innocenzo: In the neighborhood where we built our first house, prior to it being developed, it was a farm. And now that entire stretch of land is a golf course in a planned community where they have homes and clubhouses, and little town centers so that they can kind of keep everybody all situated in one area. The influx of all those people brought an entire new population right to where our neighborhood was, and then we moved out of the one place where we were to the next home that we built.

It also brought in the demand for schools, so new schools had to be built there. I think my kids’ areas have been rezoned on more than one occasion.

As a result of all the families and the growth, they had to develop new zoning. And on the flip side of that … they put a lot of businesses there. So there was a lot of opportunity for growth, business, jobs, things like that, but it took a lot of the nature and land away. So all of that has been the trade-off I guess – the businesses, the companies, and the job opportunities that come along with that. And the town center was really big, I mean, it included a Publix and larger stores than the one across the street did. Home Depot, all that came into that neighborhood when they built it. It was all woods when we were there, though.

Losing Florida: Right, it even becomes a danger to people, too. I mean, there’s just so many accidents. Just the residents and people who come here and winter here, you think about that on top of the tourists that, you know, come and want to be here because it’s a desirable place to be.

Losing Florida: Right! Exactly. I was also wondering, what was Florida like when you first moved there? Would you say that it’s significantly different over the past however many years?

D’Innocenzo: Oh, sure. It wasn’t as expensive as it is now. Home prices have certainly skyrocketed from when we purchased our home – even where we are now – which will be 19 years in the house that we’re in. Definitely, housing prices have skyrocketed. Cost of living has increased, the more influx of people, the more money, the more developments, the higher the taxes. It’s gotten very expensive. I wouldn’t say as bad as California, but, it’s pricey to be down here. Even though we have no state tax, and our payroll is missing that, it’s still a lot.

Losing Florida: Right, and obviously New York cost of living is so expensive, so people are probably leaving and coming to Florida thinking that historically it’s been pretty cheap to be able to live here. But now, because of how many people are here and the cost of living and everything, it’s almost evening out in a way.

D’Innocenzo: Yeah. Up there they pay a lot of state, local, you know, whatever taxes in their payroll and we don’t. So that’s still a major draw for people. But I know even now, I mean I’ve been here so long that it’s just what I pay at the grocery store – when people come to visit from up north, they’re like “Wait a minute you spent what? On a head of lettuce? And what on a gallon of milk?” It’s sticker shock for them.

But yeah, I would definitely say the pricing, the costs here are one of the biggest things I’ve seen change, and the development. It’s always something, and even if it’s something that’s already been there that should just stay there, they just knock it down and build something newer.

Losing Florida: Exactly, and it seems like there’s just always construction. Are they ever going to be finished with whatever they’re doing? It just seems inevitable that it’s always going to be there.

If you had to acknowledge any pros of the development you’re seeing versus the cons, do you see it as a positive in any way?

Or they’re bringing in different things that I would want to shop at, restaurants to visit, or places to go see and different attractions that we would want to go spend time at and do as a family, like music venues and things like that. They usually bring in a variety, making it a little bit different, so that’s good and that would be a pro for sure.

Losing Florida: I agree. It does make it more enjoyable to obviously live here when there’s all of this new stuff coming in. So yeah, that’s great, but then it is kind of hard going into it while also witnessing what we’re losing as a result.

D’Innocenzo: I don’t know. I guess at some point, especially along the coast and the waterway, there’s only so much land, and there’s only so many things you can build. So I think eventually it will just either continue to be knocked down and rebuilt.

I would love to see some of that slow down and see some of the charm and culture of what Florida was at one point, maintained. But, unfortunately, I think as things get newer and things get developed, and then it’s more hurricane proof and things of that nature, you kind of lose what the look and the feel of what old Florida used to be, and you have to roll with it because hurricanes are getting worse and weather is getting crazier and you just don’t know. So what I would like to see, I would love to see some of the old charm back, but, I don’t know that that’s realistic.

Losing Florida: Well, and that is just the harsh reality of it. I do think a lot of places do a good job of maintaining that in certain aspects, but just with the world that we’re in we just kind of have to accept that this is the new normal, and that goes with just about anything that’s going on in the world. But it is difficult seeing it over time for someone like you that obviously has lived there having seen it progress over time and how it’s changed.

D’Innocenzo: Well, we still enjoy it. The beach is incredible, the water is incredible. The Intracoastal going boating and being out on the water is incredible. You know, really it’s just beautiful most days and you really enjoy all of that. I think as long as we can save our beaches, that’s a lot. I know they do a lot of dredging and there’s always a lot of damage when hurricanes come. I think that would be probably my other big thing is if we can maintain and save our waterways as much as possible.

Losing Florida: Right. And I totally agree because that is one of the biggest draws and one of the main charms of this area is that when it’s so gorgeous out, you want to be able to have nice waterways to enjoy.