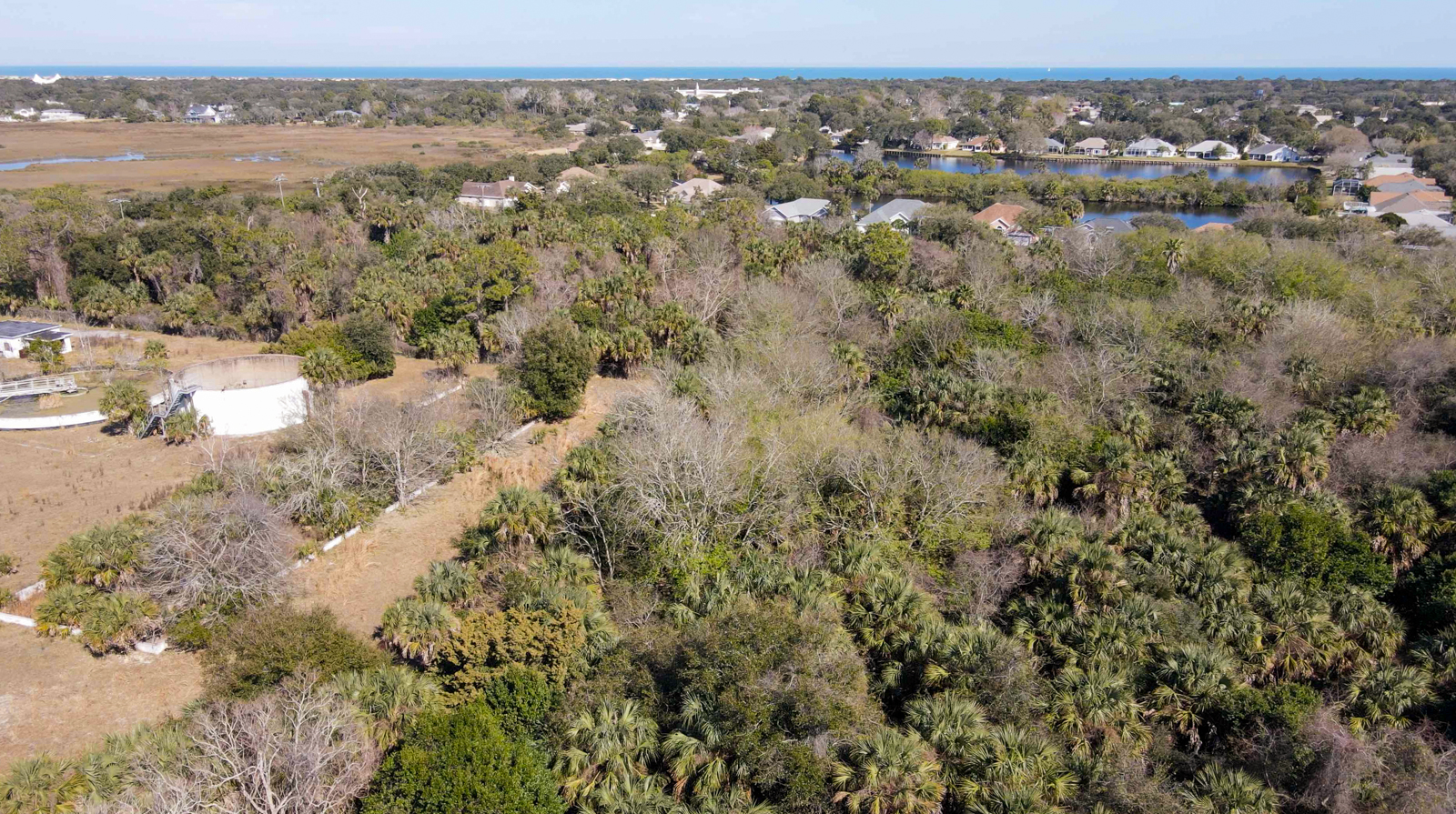 On Friday, a neighborhood activist in St. Augustine, Florida, gave me a tour of a 33-acre piece of land that she hopes to preserve. See “We need these wild spaces.” Elizabeth Smith said the city-owned property was the “last piece of undeveloped land” on the northeast side of the State Road 312.

“The people who have lived here for decades feel displaced because they no longer feel that this is the town they know and love. It’s unrecognizable to them,” Smith said. “I think that’s really sad.”

On Jan. 24, Albert Syeles spoke before the St. Augustine City Commission. He hopes to see a performing arts center called The Shell to built on city-owned property. I was not at the meeting, but city records say that Syeles asked commissioners to instruct city staff “to move forward with workforce housing, as the public comments and debate all shared identical problems for The Shell and multi-family housing space; therefore, he suggested to combine efforts and consider The Shell.”

Wait a second. Is Syeles trying to hitch his fortunes to the need for affordable housing? Multi-family may be more palatable for city commissioners since the need is so great. A performing arts center might be a tougher sell given the scarcity of available land. Does anyone have any insight into what’s going on behind the scenes? I wasn’t at the meeting.

Syeles is president of the St. Augustine EpiCenter Alliance, which is promoting The Shell. At the meeting, City Manager John Regan said “he periodically met with the EpiCentre Alliance, there was much improvement since the last progress update, and the presentation would represent their intentions with the Island property.”

The city’s summary of the meeting continued:

Mr. Syeles “introduced Dr. Eric Becker who had provided hundreds of thousands of dollars in pro bono time with his team. Dr. Becker introduced the proposal to lease the 33 acres of City owned land on State Road 312 located on Anastasia Island for the construction of an amphitheater. He said they looked at more than 12 sites, visited with over 100 groups, and produced a traffic study. He noted most concert activity, based on event times and size, would not hinder existing traffic issues, and they hoped many would visit the venue on foot.”

“He reminded the Commission the project was part of the City’s Strategic Plan and promoted arts, culture, and heritage, and the amphitheater public / private partnership would be mutually beneficial with added investors and the non-profit status.

“The Commission and Mr. Syeles discussed:

“Commissioner Blonder stated she conceptually supported The Shell concept; however, she did not support its location on City owned property. She said they should carefully evaluate greater unmet needs, including maintaining undeveloped land or low impact recreational land.

“Mayor Upchurch appreciated Commissioner Blonder’s comments and agreed the properties should be strategically reviewed; however, he could not support the motion. He was convinced of the need addressed by EpiCentre, he understood the role cultural institutions played on a community’s life and livability, and he commended their work. He stated many of the speakers were not City residents, the facility would serve more County residents, and the City was again being asked to provide a benefit to the larger community that far exceeded political and jurisdictional boundaries.

“Commissioner Horvath stated the County was rapidly growing in the northwest area where she encouraged EpiCentre to consider the private developments. She said EpiCentre was presenting after the Christmas season, and there was significant community frustration with traffic and congestion.

“Dr. Becker and Mr. Syeles said they were looking into the future 50-100 years with a space that would speak St. Augustine, the organizations that created EpiCentre Alliance were St. Augustine based, and the investors’ attraction was St. Augustine.

“Commissioner Valdes stated any construction on the Fish Island property, whether The Shell or housing units, would impact traffic, and conditions 50 years from now with sea level rise would not be better; therefore, was this the best location to put the facility based on use, accessibility, and the long-term. He heard valid arguments from the community, and studies would have to be done, no matter the use.

“Commissioner Sikes-Kline expressed concern with the ‘for-profit’ component combined with arts, culture, and education. She did not think Mr. Syeles and his team should be placed through more studies, since she did not see this working out.

“Mayor Upchurch was not prepared to take further action on the proposal at that time, and said staff was directed to hire a consultant to review the parcels as they pertained to affordable housing which would provide much more information; therefore, he did not currently have any further discussions on the topic.”

Syeles’ EpiCenter Alliance is a non-profit group. ProPublica’s Nonprofit Explorer has no Form 990 tax form for Epicenter Alliance. “Only organizations which filed a full Form 990, Form 990PF, or Form 990EZ are included — small organizations (less than $50,000 in gross receipts) which file the shorter Form 990N postcard are not included in this data.”

Syeles is also president of Romanza, which “promotes and produces cultural events that showcase St. Augustine’s vibrant living culture, that enhance the quality of life for residents, and that create a positive lasting impression of the Nation’s Most Romantic City for visitors.”

Romanza’s website says Albert Syeles “also provides community vision and leadership as Founder, President and Chair since 2019 of the St. Augustine EpiCentre Alliance, another 501(c)(3), which is preparing to fund and build the City’s first civic Performing Arts Centre.”