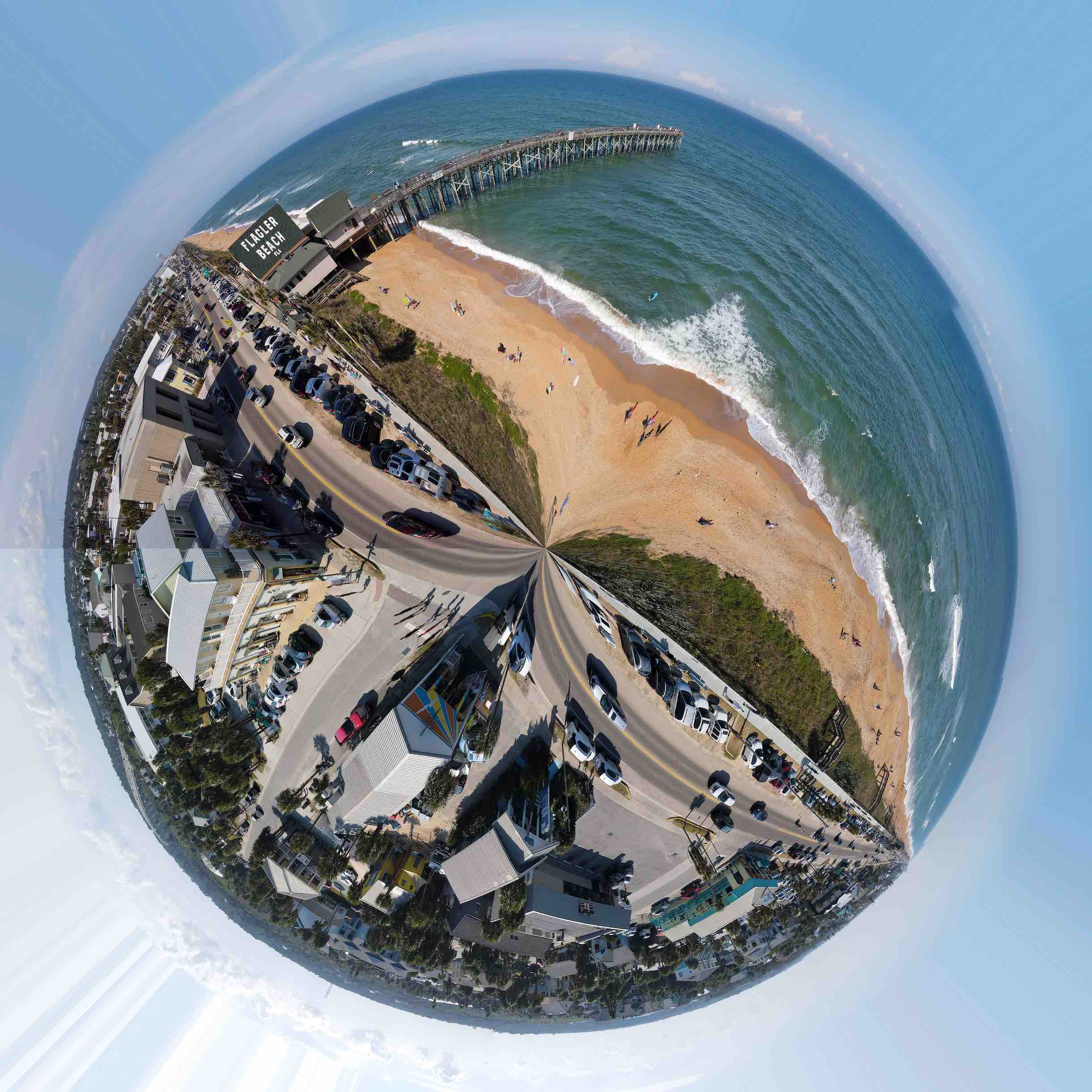 Urban sprawl hasn’t taken over Flagler Beach quite yet.

The town has more than six miles of gorgeous beachfront property, but most of it “cannot be developed because of the narrow strip of land located between SR A1A and the beach,” according to the city’s 2035 comprehensive plan. “All development, with the exception of the City Pier and restaurant and dwelling units at the south end of the City is located on the west side of SR A1A.”

“Unlike some neighboring communities, in the last twenty years Flagler Beach has not seen an influx of population or an increase in economic growth and development,” the comprehensive plan says.

“The projections both in population and need over the next twenty years indicate such minimal growth there will not likely be negative impacts to the infrastructure resources. The Future Land Use Map has not changed substantially over the past twenty years and based on this analysis, is not likely to change substantially for the next twenty years. The slow growth and the limitation of the Atlantic Ocean to the east of the Town, reduces the likelihood for additional annexations and expansion of the Town limits.

“In essence, the current policies in Flagler Beach are proactive in encouraging and leading local government and citizens to develop a community that acknowledges and responds in a more fiscally responsible manner. Flagler Beach enjoys a stress free environment where there are no strains of overburdened schools or roads, parks and infrastructure. This reality predisposes the City to seek a future direction where infill and redevelopment is a probable and attainable goal.”

According to the Florida Back Roads Travel website, Bunnell Development Co. was an early developer of Flagler Beach. The site said:

“The owners of the company were Isaac I. Moody and J. F. Lambert. They began selling lots, some of them by using the mail order method. Moody homesteaded 169 acres and named it ‘Ocean City Beach.’ He planned to develop it into an oceanfront resort.  He built the first house in 1914, and then built a casino. The casino was very popular and did a great business.

“As the community grew, they applied for a post office and were told there was already an Ocean City, New Jersey. They had to come up with a new name, and they incorporated in 1925 as Flagler Beach. The Flagler Beach Hotel and pier were built soon after this, and the town began to grow into a laid back tourist destination.”

The city’s comprehensive plan says coastal erosion caused a severe loss of sand from 2000 to 2017.

“The repetitive damage from hurricanes to the beach and to SR A1A is well documented. The Florida Department of Transportation’s options to repair SR A1A have included scenarios of 1) relocating the roadway inland 1 block, 2) keeping the current right of way and hardening the seawall to separate the sea from the road, and 3) pumping offshore sand onto the eroded beach to raise the elevation.

“The beach and the fishing pier (which has also sustained extensive damage from recent hurricanes) are a major part of the identity and economy of the City. Loss of either of these resources is considered a major threat.”

The city contains 2,082 acres or about four square miles. That includes 583 acres of conservation land, much of it a salt water marsh.

“There are no traditional industrial land use conflicts currently in the City of Flagler Beach since there are no parcels designated industrial,” the comprehensive plan says. “There are many locations of commercial adjacent to residential, especially on the beachfront. This conflict is minimized by the strict thirty-five foot height limit throughout the City causing all scale to be compatible.”

However, the full-time population has been dropping as homes are converted to short-term rentals.

“The City serves as ‘the beach’ for a significant part of Flagler County and many non-residents use the beach on weekends and for special events and holidays causing some conflicts and some development pressure.”

P.S. Lest you think Flagler Beach is safe from the ravages of development, consider the controversy over The Gardens, a 825-acre housing project being built on pristine land just to the west. See story.