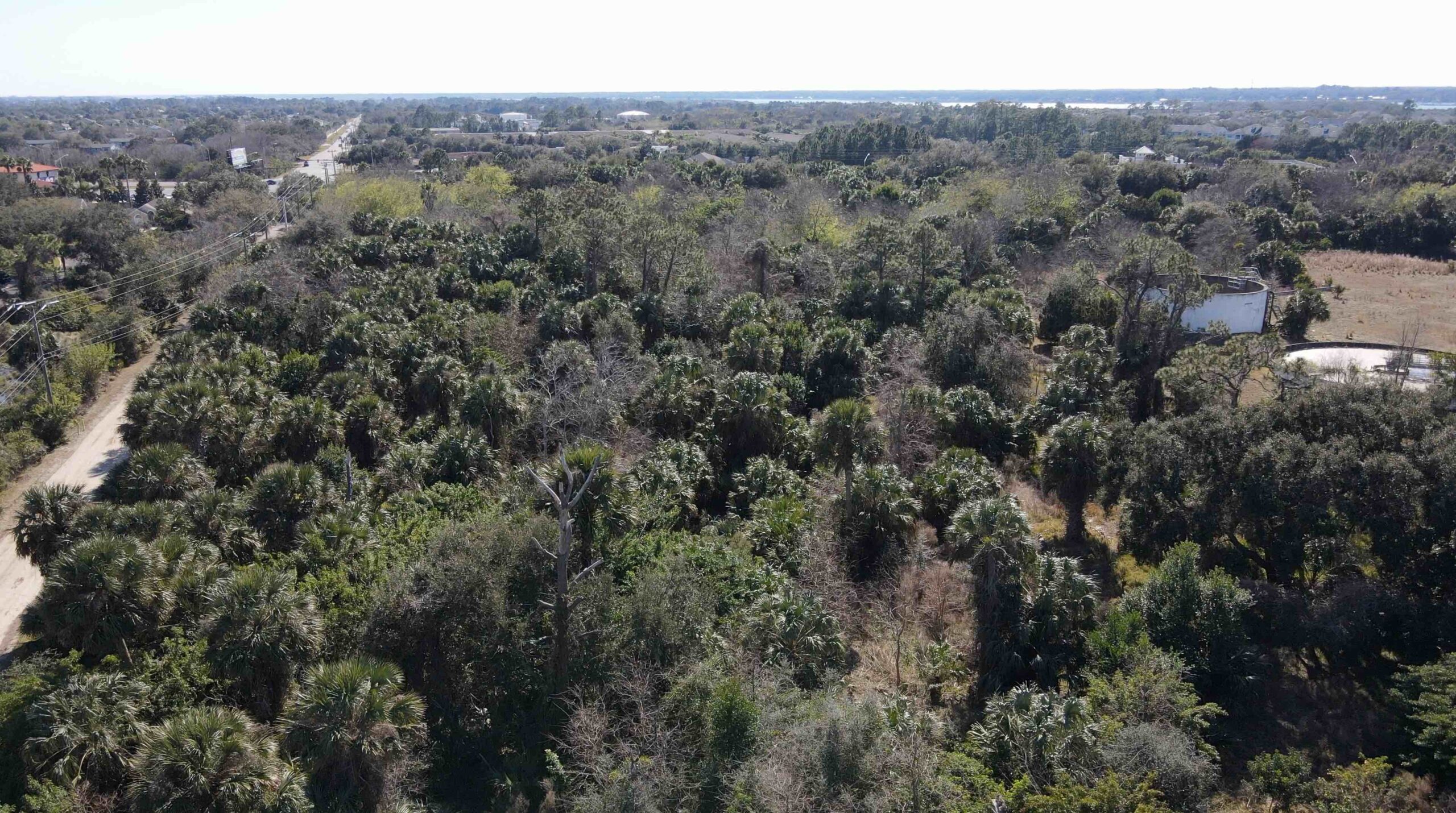 Elizabeth Smith is leading an effort to preserve 33 acres of open space near her neighborhood in St. Augustine, Florida.

Below are excerpts of an interview with her:

We don’t want this land developed at all. We feel that there must be some concession made not only to the wildlife who lives here, but also to concerns regarding flood mitigation. I mean, our neighborhood floods, we had a Nor’easter in November and the berm that we’re about to walk across was under two feet of water. We need wetlands. Wetlands protect homes. And flooding is a real problem in the city of St. Augustine. So we need that land not just for habitat, for animals, but also as a buffer zone against flooding. That’s what wetlands do. They give us resilience.

We chose this neighborhood because it abuts a conservation easement, and we really loved just the closeness to nature that we feel when we’re here. There’s a berm that is right next to our house. We’re able to walk across that berm. We can see the lake, we can see the marsh to the north. Any time we came over here, we would see wood storks. We would see Roseate Spoonbills. Just the variety and richness of the natural world is what attracted us.

The land that I’m talking about is 33 acres and it’s owned by the city of St. Augustine. And years ago it was a city dump and then it was used as a as a sewage treatment plant that’s now defunct. But there are still some structures on the land, but the majority of the land is just wild. I think at least four acres of it is wetland, and it’s being proposed now as a site for an arts center through the Epicenter Arts Alliance. So this would be a $100 million dollar project, a really large, large construction project that would bring a lot of traffic to the area. So local residents are really concerned about that, not because not just because of the loss of habitat for the wildlife, but also because of the traffic additional people. Just some quality of life issues.

Another proposal for that land is high density housing. Affordable housing near 400 units has been considered as well. There are alternate sites for both projects. Both the The Art Center and the affordable housing. So we feel that this is not the right location, not the right venue for those, for those those items, and that this would be better left as a passive park.

So the wildlife that’s on this land literally has nowhere else to go. This is the last piece of undeveloped land on the northeast side of 312. There’s a herd of deer on this land. There are otters, armadillos. There’s just nowhere else for them to live.

We are here because of the wildlife and the outpouring, the response of people who are opposed to more development is stunning. I attended the open forum by the county commissioners a few weeks ago, and so many people spoke out, as did I against this just unmitigated development in this area. People have spoken in this city against more development, and the city of St. Augustine is in fact 90 percent built out. People have had enough and really it’s detrimental to tourism to have every single surface paved.

We need these wild spaces. This is why people live here and also why people visit here. There’s a lot more traffic. I think the air quality is different. I see more dead animals on the road. I see crowds. I have changed my schedule so that I don’t go out on weekends in the summer because there are just so many people here. One of the disturbing trends is that people feel they need to leave. The people who have lived here for decades feel displaced because they no longer feel that this is the town they know and love. It’s unrecognizable to them. I think that’s really sad.

If you write enough checks and work the system, you can build anywhere you want. You hire what’s called an environmental consulting company, which is really a euphemism for a company that can undo the layers of legal protection that conserved areas enjoy. And I prepared a 36-page report listing all the reasons for why building in this area is ill advised. Flooding was was one of the big ones, particularly after the Nor’easter potential damage to homes. Disruption of endangered wildlife. The wood stork is on the federally endangered list. A bird of concern is the little blue heron. So this is just not an area where you want to build.

I ask the utility workers who come back here to just be aware of the wildlife. I found a turtle a few weeks ago with a crushed shell, and it was heartbreaking because the turtle was still alive. So that was really difficult to see. So I’ve just asked them to just please be aware of all the wildlife.

We had a panic last week because there were workers out here I posted on the Facebook page. They told me they were just doing soil sample tests, but people were afraid that they were preparing for construction. But I know that’s not the case because nothing has been approved.

I feel such a sense of urgency here because if we don’t get this land preserved, it will be gone and it will be gone forever. Every morning, I have an old wooden Regulator clock, probably 150 years old. Every morning I touch that clock and I’m very much aware of time and that we don’t have much time on this Earth and that what we do needs to matter and make a difference and help others, and it motivates me to get this land preserved.

6 thoughts on “Activist: “We need these wild spaces.””